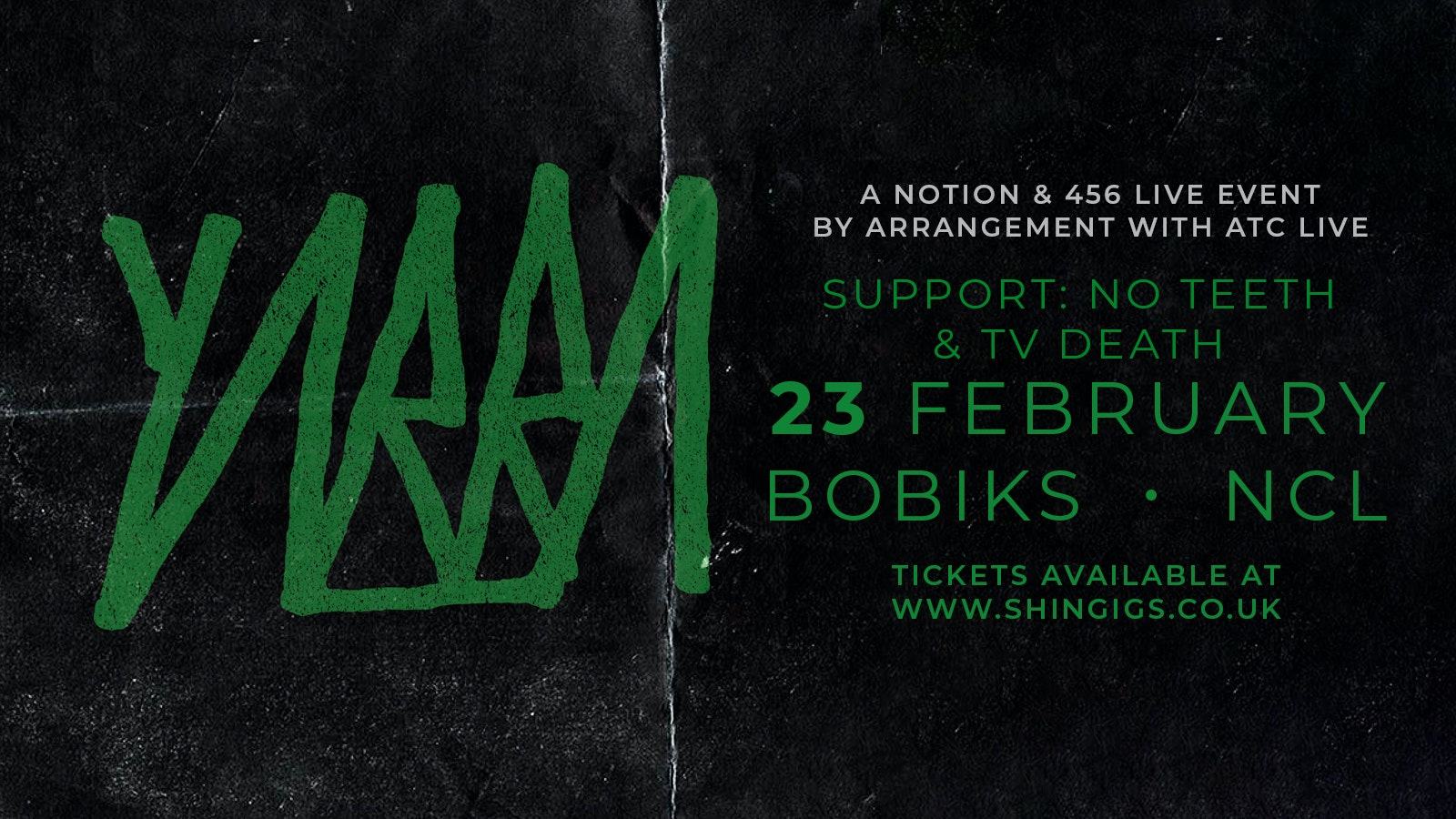 Bobiks offer 10% off food prior to the show with each ticket! 🍔

YABBA don’t try to be anything or be a part of any scene. Anything goes. From Dumfries, in south west Scotland, their in comparable sleaze-disco, self-indulgent, drug jam sound has driven the quintet in equal measure to go above and beyond all cultural norms, and to fecund a feeling in music that specialises in the dark and danceable. Refusing to be defined or confined to any limits, for art’s sake, YABBA finds inspiration from the malevolent power structures within an exhausted musical landscape. Out to project ecstasy through honest music, YABBA believes it’s all or nothing in order to protect and survive.

As a collective, they do everything. They go everywhere musically, no limits. They create nothing from something and something from nothing. YABBA’s music also makes for a fresh, organic sound that taps into the darker side of, not only their listener’s, but also the performers’ mind. A place which is often untouched by things like music. Despite having no trace of recordings, their slew of support shows in March with the Belfast buzz-saw-band Enola Gay, were very well received. YABBA supported shows in Newcastle, Sunderland and Sheffield. Selling out shows in Glasgow, Edinburgh, Leeds, Manchester and Nottingham.

With plans to release their debut single, “Big Country” at the end of June via Nice Swan Records, YABBA strive for extensive touring of their limitless, chaotic and electric liveshows. YABBA believes that they have much to learn, and the only way they are guaranteed to anchor their sound, and become stronger, is to get on the road and stay there. Their theatre of war performances has rewarded them with rich opportunity over 2019. Their music has been showcased at the likes of Wide Days, Scottish Alternative Music Awards,and Nouvelle Prague, in Czech Republic.

Their rocketing reputation has allowed them to play a run of quality, some sold-out, live shows in the likes of Glasgow, in Broadcast, King Tuts Wah Wah Hut and Saint Luke’s and the Winged Ox. As well as storming some tastemaker festivals such as XPO North, Stag & Dagger Festival, Electric Fields Festival, Tenement Trail, Dot 2 Dot Festival and Songs From Northern Britain