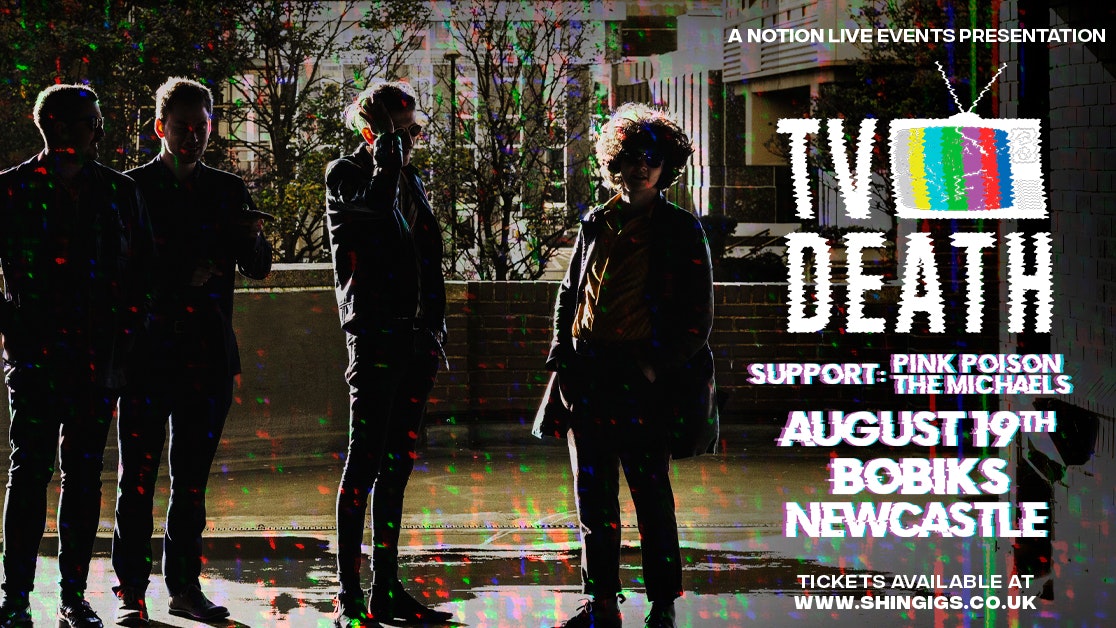 Combining punk with psychedelic rock and roll ideals, Newcastle’s TV Death provide cathartic fury, leading them to being named as a highlight of the inaugural A Stone’s Throw Festival by Louder Than War, who also listed the band’s debut single “Crank Bugs” as one of their top 100 tracks of 2021.

Meanwhile, their EP’s title track “Isolation” received airplay from BBC Radio 6 and has drawn comparisons to Sonic Youth at their most intense. Fresh from supporting NE legends Pigs Pigs Pigs Pigs Pigs Pigs Pigs, TV Death are ready to bring their jaw-dropping brand of chaos to one of their favourite hometown venues.