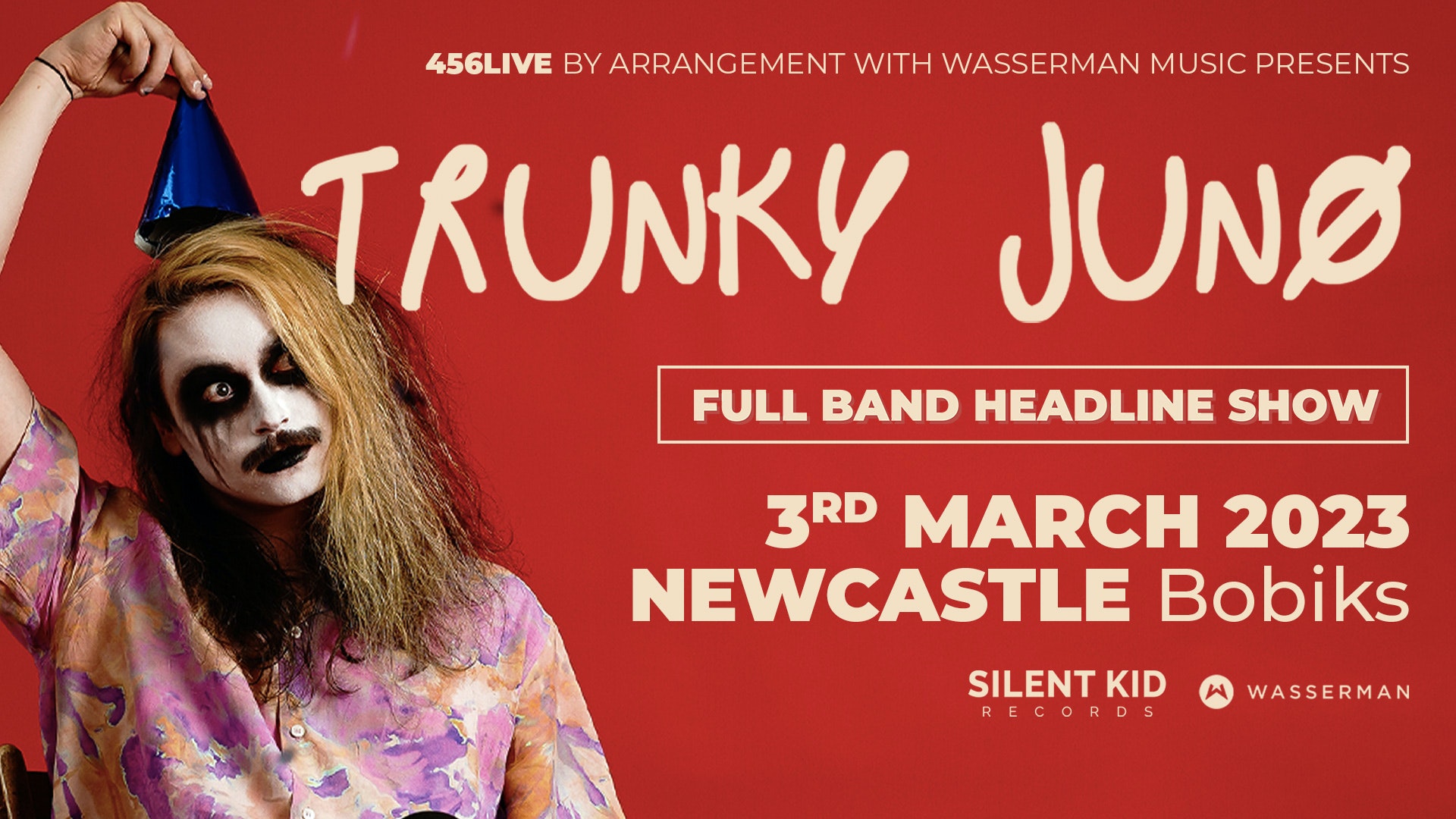 Behind a well-established moustache and deadpan inclinations, North Eastern indie maverick Trunky Juno resides within his own sphere of off-kilter artistry. Known for his masterful lyricism, warped sounds and bold ideations, the Durham native brings a spritely disposition to the alternative music scene, twisting the mundane into something entertaining. Now backed by a diverse and relatable repertoire, the zany universe of Trunky Juno is beginning its glorious expansion. The original dream was to be a Backstreet Boy, a far cry from his current musical positioning. However, in some metaphysical way, we can all agree that Trunky Juno is their sixth unofficial member. Truly a musician who’s done it all, he is a name well-known to his locale having cut his teeth in many a jazz, punk and indie band. Elsewhere inspired by the 90s slacker rock of Weezer and Beck, as well as the psychedelic tendencies of The Flaming Lips and quirky offerings of Mac Demarco, Trunky Juno finds no better way to spend his time than spinning idiosyncratic tales of our society and the pop culture that engulfs it, covering every corner of our sonic landscape