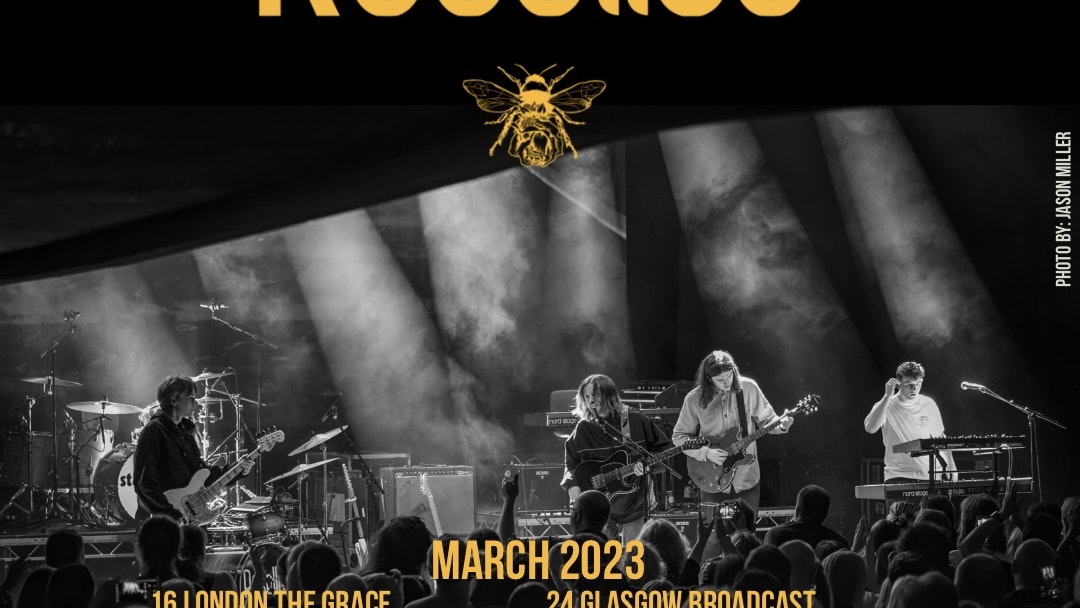 Prior to the show Bobiks offer ticket holders 10% off venue food! 🍔

Off the back of a recent UK tour supporting multi-million selling band Starsailor, playing to sold out crowds at venues such as London’s O2 Shepherds Bush Empire, Manchester’s O2 Ritz, Rosellas have been busy earning their stripes touring the UK and on the festival circuit. The 5 lads sold out their headline show at Manchester Academy months in advance taking place in 2023 which will be a big staple in their career. Appearing at the Isle of Wight, Y Not & Truck festival, to name a few, has set them up flying for the year ahead in 2023.

This year has been an important one in the band’s progression so far. With Rosellas recently signing with This Feeling Records and Warner Music Group’s ADA Music, for a new EP that is on the horizon, an exciting period for the band awaits. Fans can expect what are quickly becoming staples in the sound the band delivers, such as stadium-ready guitars, punchy drums and pure adrenaline.

Listed as ‘Big In 2022’ by This Feeling, Rosellas’ sound gives a nod to the bands of 90’s Britpop. Rosellas are able to couple this with the sound of modern bands, channelling influence from acts such as DMA’S, Inhaler, and Pastel.

“See these boys just once your jaw’s on the floor and you’re a fan for life. A must-see new band, trust” – GigSlut