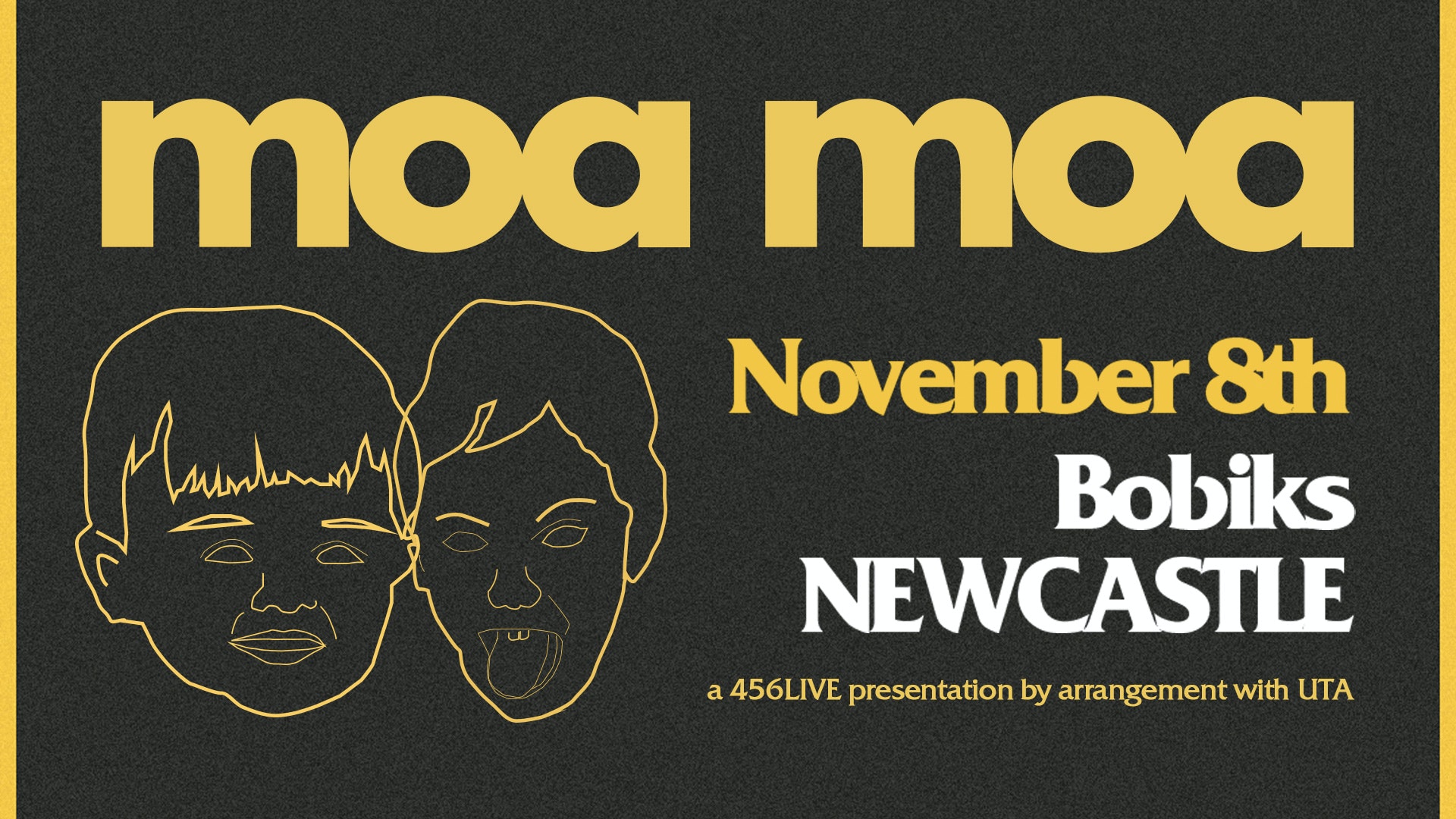 United by their love of wonky, chonky pop, friends Dan, Connor, Sophie, and Matt assembled alongside songwriter and producer James in 2019 to form moa moa. Their goal -to create unpredictable, ambitious, and hook-laden songs that take all the best bits from their diverse musical backgrounds.

Their debut singles ‘Yellow Jacket’ and ‘Spinning’ were released to critical acclaim. 2021 saw the release of ‘Coltan Candy’, a languid alt-bop released in Speedy Wunderground’s illustrious 7” single series, produced by Dan Carey. Alongside the 7” vinyl, which sold out in just one day, the single has been backed heavily by 6 Music’s Steve Lamacq, Huw Stephens, Don Letts, and Shaun Keaveny, and publications including NME, DIY, Paste Magazine, and Brooklyn Vegan.

Their kaleidoscopic debut EP, ‘Brain Feelings’, was released to critical acclaim in 2022. It provided the perfect genre-crunching soundtrack to summer, from the anthemic single ‘Drive’, to sax banger ‘Information’, and the gorgeous harmonies of ‘Sad Girl’.

The band have also been building a reputation as an exciting and eccentric new live act, with shows offering everything from filthy slide guitar solos to four part harmonies. Over the last year, moa moa have sold out two headline shows at the legendary 100 Club and one at Peckham Audio, played a number of festivals including Dot to Dot, All Points East, Boardmasters, and The Great Escape, and embarked on a UK-wide support tour.