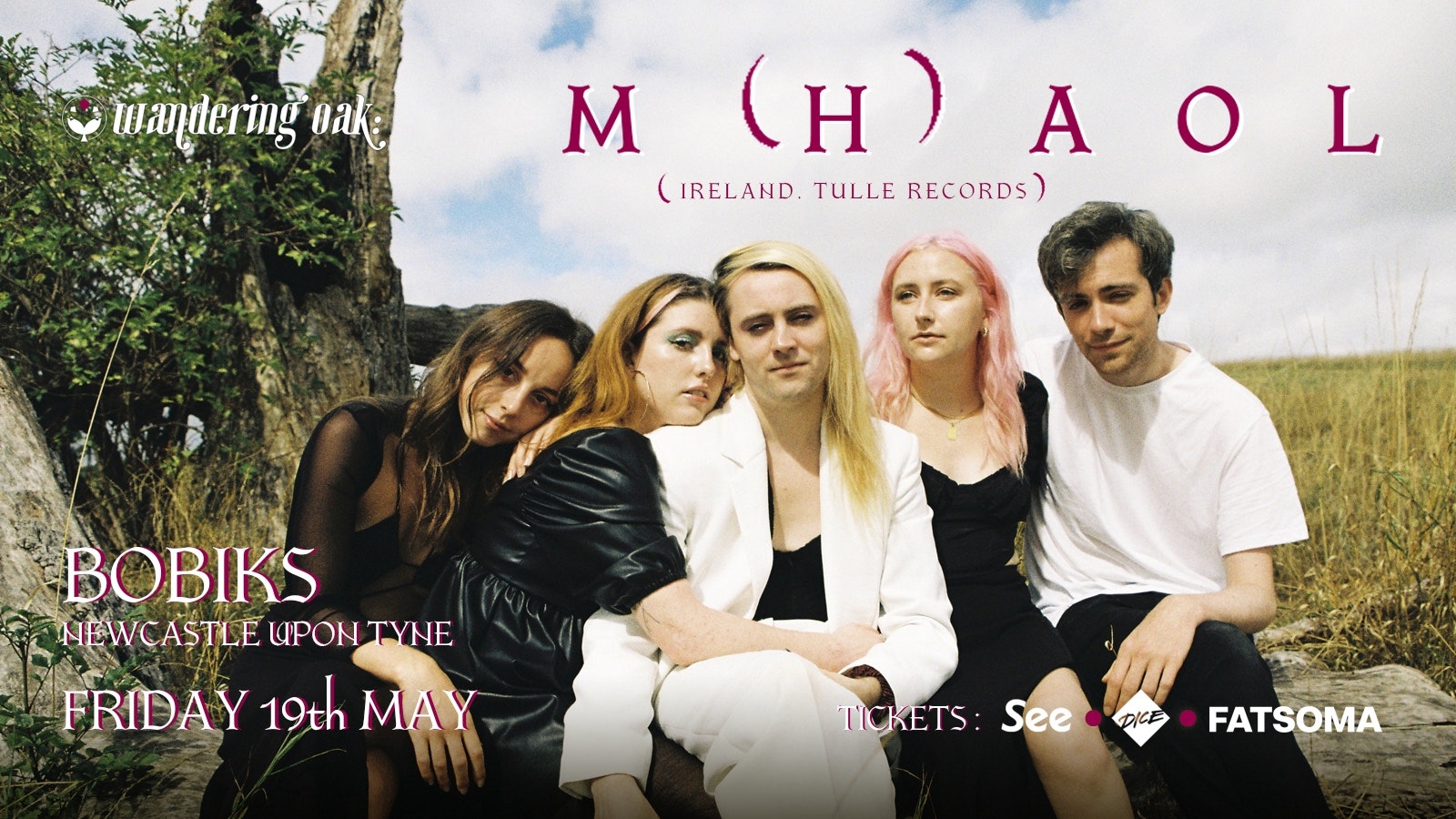 Prior to the show Bobiks offer 10% of food with each ticket! 🍔

Mhaol (pronounced “male”) was formed in 2014 by Constance Keane and Róisín Nic Ghearailt. The band was named after Gráinne Mhaol when Róisín had her head shaved and Constance said “the only thing to do now is to form a punk band”After a year of performing and the release of just one single, Mhaol took a hiatus for four years. Due to its band members scattering across the world. Constance, Róisín, Zoë, Jamie and Sean reunited to hold a charity fundraising event in December 2019 while everyone was back in Ireland for the first time since they disbanded.

Whilst in Ireland indefinitely during 2020, they went to the studio to record two singles, “Laundries” and “Asking for It”. On the back of the success of these self-released singles they returned to write and record their debut EP, “Gender Studies” which was released on Constance’s record label TULLE Records.

The band return with debut LP “Attachment Styles” on February 3rd, again on TULLE, with a return to Newcastle as the start of the UK tour.

“M(h)aol are outspoken about the importance of intersectional feminism, and it’s from this point of view that their music tackles various tangled strands of oppression.” – NME

“The urgency of M(h)aol’s message threatens to become a violent maelstrom of heightened pace and pitch. This isn’t pop music – it’s power and politics.”- Louder Than War