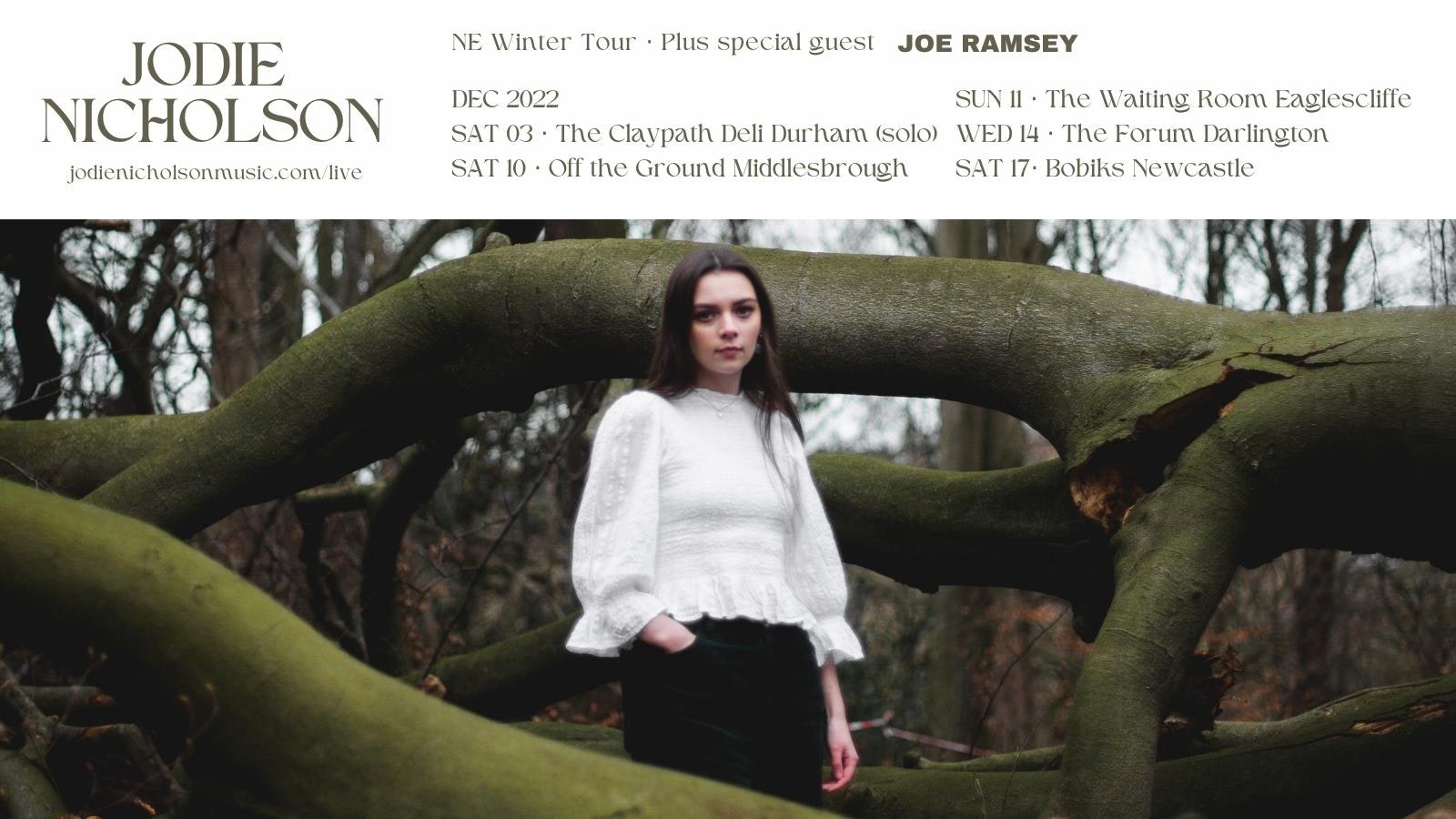 Genre-bending soloist, Jodie Nicholson, is an independent artist based in Hurworth-on-Tees in the North East. Inspired by her dad’s love of prog rock, songs that place you in the moment and artists who change sonically with each album, Nicholson’s offering combines mellow indie, gentle folk-pop and submersive electro soundscapes, with her sincere, reed-like vocals remaining a compelling constant.

In 2021, Sage Gateshead x Northern Music Trust commissioned the soloist to form a band and headline Sage 2 for their debut show. Since then, the four-piece became the first performers at Sunderland’s new venue, The Fire Station, played Nicholson’s first UK headline tour in 2022, as part of Independent Venue Week, and made waves at tastemaker festivals including Generator Live, Stockton Calling and Twisterella.